Our office routinely helps people facing charges of Driving While License Suspended or Revoked pending in Pinellas County, Florida. At The Law Offices Russo, Pelletier & Sullivan, we focus on:

Why Was Your Driver’s License Suspended?

Driving on a Suspended or Revoked License (DWLSR) – A Serious Crime

In addition to the above penalties, a person who is convicted three times of DWLSR within a 5 year period will be declared a Habitual Traffic Offender and suffer a 5 year driver’s license suspension. See Florida Statutes 322.264. This suspension is not imposed by the Judge. Rather, it is an automatic administrative action taken by the Florida Department of Highway Safety, Division of Driver Licenses. Because this DHSMV administrative suspension takes place automatically, many people only learn of their lengthy HTO suspension well after their court case has concluded. By not having the advice of an attorney, countless drivers set themselves up for Habitual Traffic Offender sanctions by naively pleading guilty or no contest to what they thought was a simple traffic matter. In many cases, an attorney could have helped to avoid the HTO suspension had he been called on early to intervene on the driver’s behalf.

It is the custom and practice of our Pinellas County Prosecutors to seek jail sentences on cases where the underlying basis of the driver license suspension arose from a DUI. The philosophy of the prosecutor in calling for jail is based on the premise that:

Given this line of thinking, it is imperative that persons facing a DWLSR charge arising out of an earlier DUI case have an experienced attorney on their side. Many times, an attorney can make a difference in how the driver will be treated by the court. For example, your lawyer can argue mitigating factors, raise defenses on your behalf, or argue that your DUI suspension had already run and you simply had not yet sought reinstatement.

Possible Defenses to Driving on a Suspended License in Pinellas County 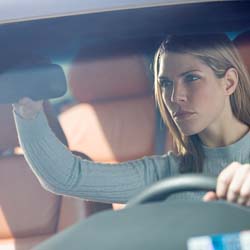 In some cases, we may be successful in achieving a desirable outcome by acquiring a continuance of our client’s court date. This will potentially enable our client to complete tasks or pay financial obligations that will either cast him in a more positive light, or result in the reinstatement of his privilege to drive. It is of course, likely to be beneficial to get these tasks completed before appearing in front of the Pinellas County Court judge. Obviously, our advice in this regard is tailor-made to the nature or underlying cause of the original suspension.

We can also help explain why you were driving on the date you were caught – Although your reason might not rise to the level of a legal defense, it could nevertheless suggest mitigating circumstances that call for a more lenient sentence. These reasons might include:

How We Can Help

Our office has secured direct access to the Florida DHSMV driver license records database. As a result, we have the ability to instantly obtain your lifetime driver’s license history. (The same information the judge in your case will see.) A review of this information is essential to understanding how and why your license came to be suspended and the steps that need to be taken in order to restore your privilege to drive. Additionally, these records will enable us to form a tailor-made strategy designed to portray you in the best possible light to the judge.

It is important to have a lawyer that can open negotiations with the State Attorney’s Office concerning your pending DWLSR charge. An experienced criminal defense attorney may convince the State to amend the charge or to agree to a more lenient sentence designed to keep you out of jail and at work. This is especially true where the defense attorney can demonstrate a good faith effort on your part to either obtain a reinstated driver’s license or show that you have secured reliable alternative transportation.

Sale of the Vehicle Can Get Extra Mileage in Court

In extreme circumstances, where a client is a multiple offender or driver’s license reinstatement is simply impossible, selling the vehicle that was used to drive may send a positive message to the court. A skilled attorney can portray this action on your part as getting to the root of the problem and put the judge at ease that there will not be future violations of the law.

In some situations, it is possible we may be able to help you avoid court altogether by resolving the DWLSR case through an administrative disposition. If we are able to take advantage of this remedy (found in Florida Statutes 318.14(10)) you will:

This unconventional administrative tactic is little known and often missed by people who are facing a suspended license prosecution in the St. Petersburg / Clearwater area. However, an experienced attorney can help determine if it is appropriate to engage this method of defense. If you are eligible, we will seek to ensure that the administrative resolution of your case proceeds smoothly and your prosecution stays out of the courtroom.

At the Law Offices of Russo, Pelletier & Sullivan, we routinely represent people who are arrested or ticketed for Driving While License Suspended or Revoked (DWLSR) throughout the St. Petersburg / Clearwater area. If you are currently facing this charge, you need a lawyer who can craft a strategy best designed to defend the charge, explore possible license reinstatement options, and highlight the mitigating factors in your case.