How Judges & Lawyers Rate Our Work

The selection of an attorney is an important decision. Remember, not every lawyer who offers their services has the same level of experience, skill or training. To find the best criminal attorneys to defend your Pinellas County criminal charge, it is imperative that you invest the appropriate time and effort. 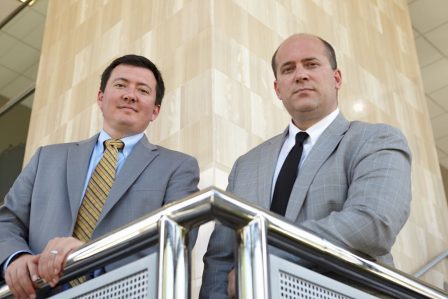 Why Choose Us to Help

Marc Pelletier and Tim Sullivan limit their legal practice to representing only those clients charged with DUI and other criminal offenses arising out of Pinellas County, Florida. They are former state prosecutors with a wealth of background and experience in these specific areas of the law. The law firm of Russo, Pelletier & Sullivan has the highest attorney rating by Martindale-Hubble. If you have not done so already, we encourage you to read the following link: What Judges & Lawyers Say About the Quality of our Work 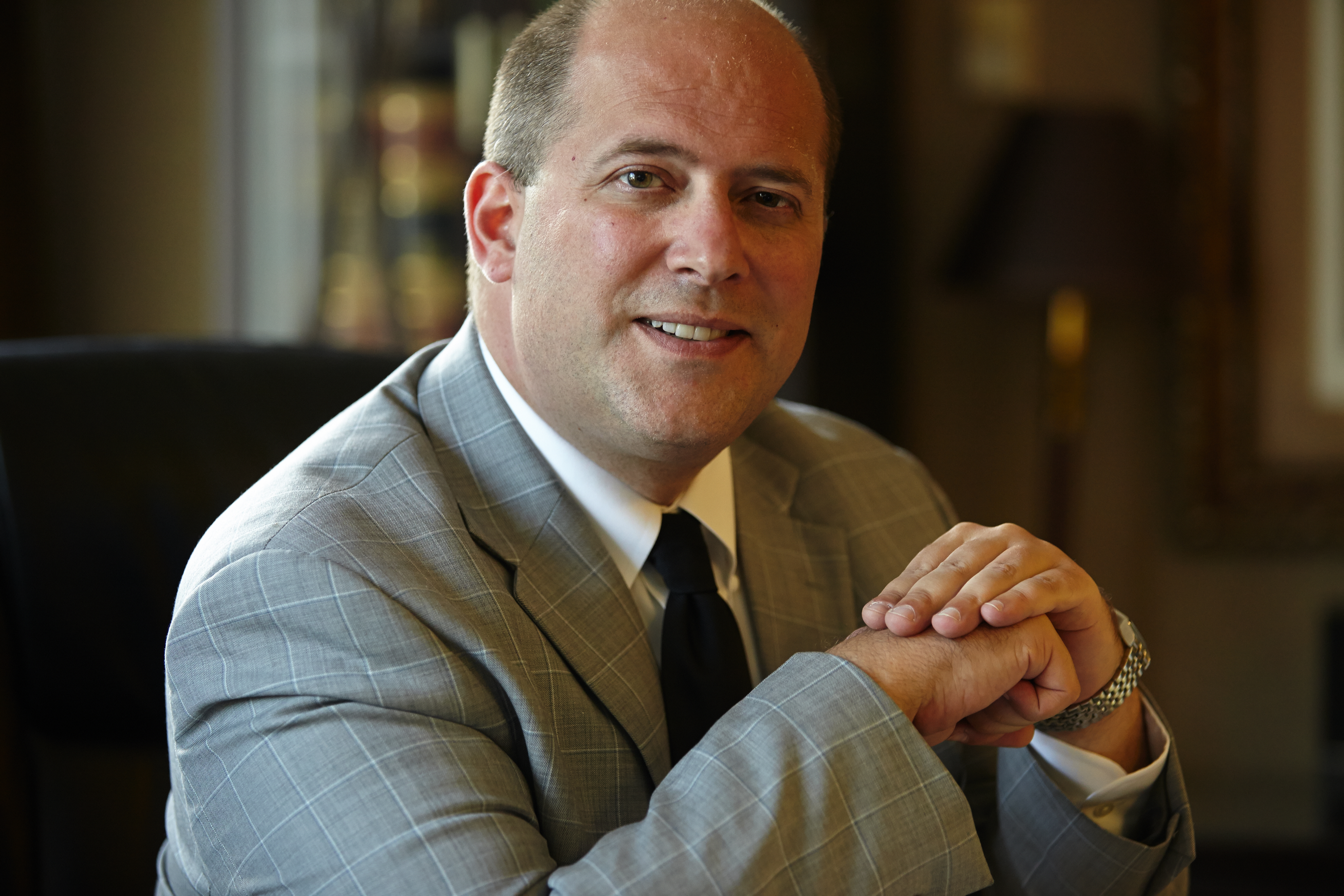 Attorney Marc Pelletier has considerable skill and in-depth knowledge of the criminal justice system. His experience and expertise is highly regarded by the local legal community.

Marc graduated with honors from both Virginia Commonwealth University and Stetson College of Law. While at Stetson, he was recognized for his superior academic achievement in the areas of Criminal Sentencing Issues, Advanced Criminal Trial Advocacy and Appellate Practice.

He has worked for one of the largest law firms in the Southeast and clerked at the Virginia State Supreme Court. Marc was also employed by a nationally recognized criminal defense firm in Richmond, Virginia.

After being admitted to the Florida Bar, Marc served as a Florida State Prosecutor. In addition to prosecuting violations of the law, Marc was responsible for lecturing police officers on DUI law. He was also an on site advisor to law enforcement agencies concerning the complex legal issues that sometimes arose at DUI checkpoints. As a result of his commitment to the fair administration of justice, he later went on to receive the “Agency Service Award for Outstanding Performance and Service” in the execution of his duties as a State Prosecutor.

Marc’s specialized credentials include certification as a breath test operator from the Florida Department of Law Enforcement and certification in the proper administration of field sobriety testing from the National Highway Traffic and Safety Administration. He has also completed Advanced Continuing Legal Education Training in the areas of both DUI and criminal defense. Marc also received intensive continuing legal education at Harvard Law School’s National College for DUI Defense. 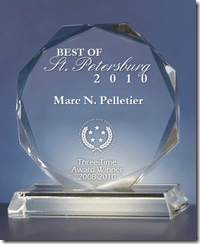 In 2008, Marc was honored to receive the “Best of St. Petersburg, Attorney” award from the U.S. Local Business Association. The local criminal defense bar recognized Marc’s experience and knowledge in the law by electing him to serve as the President of the Pinellas Association of Criminal Defense Lawyers for 2010-2011.

In 2011, the online consumer lawyer rating organization “AVVO” honored Marc with its highest designation of “Superb.” The rating organization found that “Marc Pelletier has been widely recognized by the legal community for superb professional conduct and experience.”

As a member of the legal team at Russo, Pelletier & Sullivan, Marc’s commitment to excellence and quality legal advocacy are an invaluable asset to the law firm. The law office of Russo, Pelletier & Sullivan is “AV” rated by Martindale-Hubbell. This 140 year old company solicits attorney reviews from local lawyers and judges. An “AV” distinction is awarded only to law firms that display the highest level of skill, integrity and ethical standards. 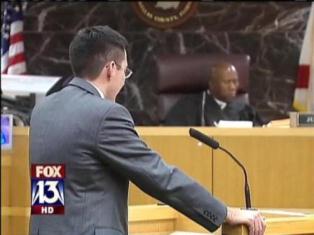 Attorney Timothy Sullivan has a wide-range of practical experience in the defense of criminal cases. His background also includes a focus on the specialized and unique training law enforcement relies upon in making a DUI arrest.

Tim attended Lycoming College in Williamsport, Pennsylvania with a degree in Economics. While serving as president of his class, he worked as a paralegal at the area’s largest law firm.

After graduating from college with honors, Tim went on to attend Stetson University College of Law. In addition to being recognized on the “Dean’s List,” Tim was also honored for his astute trial and evidence skills in Trial Advocacy Competitions.

As a law student, Tim gained valuable experience serving as a law clerk for a United States Federal Judge in Tampa. He also completed a clinical internship for the Pinellas County State Attorney’s Office.

Subsequent to graduating from law school, Tim was sworn in as a Pinellas County Assistant State Attorney. As a prosecutor, Tim learned street-level DUI enforcement tactics from the inside. He quickly rose through the ranks in the State Attorney’s office and was selected to run the North County Traffic court division. Tim was subsequently promoted to “Lead Trial Assistant” and supervised other Assistant State Attorneys in their prosecution of DUI cases.

Tim has invaluable insight into the strategies often employed by both police officers and prosecutors. He completed the same specialized DUI education and training that law enforcement officers attend. Tim became certified to operate the Intoxilyzer 8000. However, his training did not end there. He went on to achieve state inspector certification necessary to review the maintenance and calibration of breath testing machines before they can become legally employed by a police department to gather evidence in DUI cases.

Tim received a scholarship from the University of North Florida to attend the “DUI Drug Recognition Expert Program.” There, he studied alongside DUI Squad Officers in the complex area of Drug-Impaired Driver detection.

Tim’s focus and concentration in the area of DUI and criminal law did not go unnoticed in the legal community. Tim began training prosecutors at the Pinellas County Criminal Justice Center. Later, Tim was called upon to serve as an Adjunct Professor at Tallahassee Community College. In that capacity, he taught prosecutors from across the State on how to most effectively prosecute cases. Tim Sullivan’s intimate knowledge of his adversary’s strategies and tactics can translate into valuable insight used for the benefit of his clients in court.

In 2011, Tim completed an intensive continuing legal education program conducted at Harvard Law School. This multi-day program is considered one of the premier criminal defense courses of instruction offered in the United States.

As an attorney at the law firm of Russo, Pelletier & Sullivan, Tim’s superior commitment to excellence is considered an invaluable asset to their criminal defense team. The law office of Russo, Pelletier & Sullivan is “AV” rated by Martindale-Hubbell. This 140 year old organization relies on the opinions of local lawyers and judges. An “AV” distinction is awarded only to law firms considered to possess the highest level of skill, integrity and ethical standards. 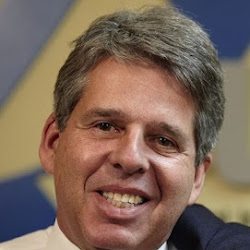 Attorney Frank Russo founded our law office in 1986. For over thirty-years he defended clients in Pinellas County facing DUI and other criminal charges.

Our goal is to defend each individual client with the utmost expertise and compassion – to win acquittals where possible, and where conviction seems inevitable, to obtain alternative sentences or treatment rather than imprisonment.

Take Advantage of a Free Consultation

You are invited to meet with us for a free consultation to discuss the individual facts and circumstances of your case. We believe that such a meeting will leave you confident in our ability to effectively represent you.

You need the advice of a qualified St. Petersburg / Clearwater criminal defense attorney.

Arrested for Traveling to Meet a Minor in St. Petersburg/Clearwater Florida

What is a Domestic Battery in Florida?

Out Of State Warrants