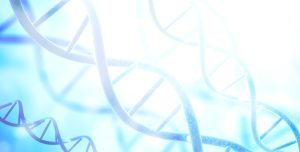 The State of Florida has collected DNA in felony cases following “conviction” for the better part of this decade. At first, Florida law only allowed the collection of DNA when a person was convicted of certain felony offenses. These were limited to crimes of sexual battery, lewdness, murder, aggravated assault, burglary, carjacking, and home-invasion robbery (See: Florida Statutes 943.325 (2000)). However, beginning in 2001, Florida law specified that the collection of DNA would be expanded each year so that it would include more and more felony offenses.  Ultimately, this culminated in 2008 with the collection of a DNA sample from each and every person who enters a plea of “guilty” or “no contest” or is convicted of any felony offense, regardless of whether adjudication is withheld (See: Florida Statutes 943.325(1)(b); (10)(d) (2008)).

Get Arrested in Florida… Give a DNA Sample

The Florida Legislature expanded the collection of DNA even further by passing an amendment to Florida Statute ss. 943.325.  These changes went into effect as of July 1, 2009. Under the expanded law, a person is now required to submit a DNA sample for collection and indexing in Florida’s DNA database simply upon being arrested for a felony offense. Apparently, the presumption of innocence and right to a jury trial no longer applies to the State when it seeks to collect DNA samples.

Obviously, such a broad law creates genuine concern about the labeling and inclusion of potentially innocent people in the FDLE DNA Investigative database.  The legal standard for law enforcement to make an arrest is defined as merely “probable cause.” This threshold is very low and allows the police to make an arrest any time they find there is a reasonable probability that a person committed a crime.  On the other hand, the legal standard for a person to be convicted at a trial is guilt “beyond a reasonable doubt.” This is the highest standard of proof that exists in the law. It requires that the State prove beyond each and every single reasonable doubt that a person committed a crime.  As criminal defense attorneys, our office is in a better position than most to know and understand that not every felony arrest leads to charges being formally filed by the State Attorney’s Office. In other words, just because an individual is arrested, does not mean the prosecutor has to file a formal charge. Likewise, an arrest doesn’t necessarily mean that the prosecutor will later be able to prove the case beyond a reasonable doubt. Thus, not every felony arrest translates into a formal filing by the State Attorney’s Office and even if filed, not every person facing a felony charge is ultimately convicted.

How to Have Your DNA Sample Removed From The Florida Database

If your felony charge was later dropped, reduced to a misdemeanor, dismissed or if you were found not guilty after a trial, it seems inherently unfair to brand you with a felony DNA database classification.

There are legal remedies available to safeguard your reputation:

How to Have Your Pinellas County Criminal Records Sealed

The very idea of a DNA database controlled and maintained by the government for its own purposes lends itself to serious privacy concerns about “Big Brother” government.  However, the very real danger that thousands of over-charged or innocent people could have their DNA collected, cataloged and stored is even more distressing. Fortunately, there is a provision to have the information removed… but that remedy is dependent on having a lawyer who can help you get the right result first.

If you have been arrested in St. Petersburg, Clearwater, or other area of Pinellas County, call on our office for help. Obviously, getting immediate legal counsel is not only important for dealing with the pressing concerns of your criminal case, but also the long term stigma associated with having your name and DNA in Florida’s database.

We offer free consultations that are focused on creating an effective legal strategy to achieve the best possible outcome. For a free consultation with a defense attorney in St. Petersburg, please contact Russo, Pelletier & Sullivan today.