What If The Police Fail to Read My Miranda Rights?

Have you ever watched criminal charges dismissed by a Judge in a Hollywood movie after it is revealed that the police failed to read the suspect his Miranda Rights?

The truth of the matter is that the law limits your remedy in such cases to only suppression of the statements you have made.

If you are in custody and the police want to question you, they must first read you your Miranda rights. Failure to do so will not necessitate the dismissal of charges, but it may cause any statements made by you to be ruled inadmissible against you in Court. (The Prosecutor can still attempt to prove the case against you, but he must do so with other evidence.) Suppressing statements or admissions made by you may damage the Prosecutor’s case. Accordingly, your Fifth Amendment Right Against Self Incrimination, and the Miranda warnings that remind you of same should not be taken lightly. 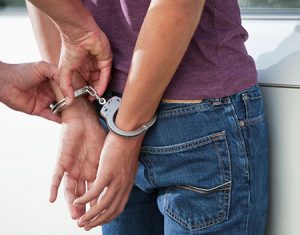 The Courts have ruled that “roadside” questioning after a motor vehicle stop is generally not considered custodial interrogation. Therefore, don’t be misled when weighing the gravity of the situation simply because the Officer fails to read you Miranda. Under these circumstances, voluntary statements made by you will still be admissible in Court despite the absence of Miranda.

If the police do read you your Miranda rights, there is a tremendous likelihood that you may be arrested. Under most circumstances you should politely but firmly tell the Police Officer: “I would like to speak to an attorney.” Remember, that statements made by you can be taken out of context, recorded in the Officer’s notes inaccurately, or compared with statements made by you to other persons. Therefore, remaining silent and asking for an attorney is the safer course of action.

Don’t be misled by offers from the Police of leniency in exchange for your statements or admissions. In reality, it is only the Prosecutor who has the ability to strike a deal in your case. Your attorney’s knowledge of the law and experience in such matters clearly makes him a better negotiator. It is much better to remain silent and leave the talking to him.

We Can Determine if Your Rights Were Violated

We are experienced criminal defense attorneys who can properly evaluate the facts and circumstances of your case to determine if the reading of Miranda warnings was required in your case. We can also evaluate your case to discover defenses and formulate a strategy designed to achieve a positive outcome.