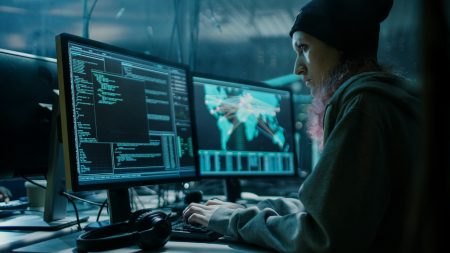 The criminal charges of Traveling to Meet a Minor in Florida or Seduction of a Child Using the Internet typically involve highly motivated and extremely aggressive police officers who misrepresent themselves as underage children. Sometimes, the undercover officer will pose on the internet as the parent or guardian of an underage child. The officers will attempt to snare unsuspecting individuals for the following criminal offenses (sometimes vaguely worded as “Certain Use of Computer Services Prohibited”):

There is no doubt that the Pinellas County Sheriff’s Office is devoted to carrying out regular and systematic “Catch a Predator” Online sex stings. We question whether their over-zealous sting operations coupled with the lack of experienced and properly trained officers could lead to flawed investigations. Given the sheer number of simultaneous online communications handled by an undercover officer, these stings seem likely to produce unduly suggestive conversations, ambiguous verbal statements, and a general sense that law enforcement was “making it up as they went along.”

Law enforcement has been known to utilize any number of different methods of online communication in carrying out their “sting” operations. This includes:

The Offense of Traveling to Meet a Minor in Florida

Internet solicitation of a minor for sex is commonly charged in conjunction with the offense of “Traveling to Meet a Minor” found in Florida Statute section 847.0135(4)(b). In many scenarios, the internet solicitation charge is used to prosecute the written communication that led up to an arrangement to meet the purported minor in person for sex. The “traveling” charge is then used to prosecute the act of actually going from one place to another in order to attempt to accomplish face-to-face contact for the purpose of engaging in sexual activity with the minor.

Florida Statutes Section 847.0135(4)(a) lays out the elements that the State must prove when attempting to secure a conviction for this offense:

(4) TRAVELING TO MEET A MINOR.—Any person who travels any distance either within this state, to this state, or from this state by any means, who attempts to do so, or who causes another to do so or to attempt to do so for the purpose of engaging in any illegal act described in chapter 794, chapter 800, or chapter 827, or to otherwise engage in other unlawful sexual conduct with a child or with another person believed by the person to be a child after using a computer online service, Internet service, local bulletin board service, or any other device capable of electronic data storage or transmission to:

A plain reading of the statute reveals two important points. First, the traveling must be for the purposes of engaging in sexual activity with a child. It is simply insufficient for the State to prove that you were apprehended arriving to meet a minor. Therefore, under Florida law, if the communication established a desire to meet for the purpose of social interaction, enjoyment of a recreational activity, or for another lawful purpose that was non-sexual in nature, your “traveling” would not violate this criminal statute. Secondly, there must actually be “seduction,” i.e., an attempt to convince or otherwise persuade the “victim” to engage in sexual conduct. Thus, in the most basic form, an individual who simply accepts an offer of sex with a minor from an undercover police officer over the internet might not be guilty of “traveling to meet a minor” for sexual activity.

Our team of former state prosecutors is well familiar with the tactics used by police officers in Florida Traveling to Meet a Minor cases. The police will often use suggestive language that causes our clients to make unguarded or incriminatory remarks online. We learned our craft from the inside and know that these “sting” operations can cause individuals to make unintended responses or take never before considered action.

Some important questions to consider when evaluating law enforcement’s tactics in your case:

We Understand Your Apprehension, Anxiety & Stress

Many of our clients who are charged with Traveling to Meet a Minor or Internet Seduction of a Child in Pinellas County have never previously been arrested or they have had limited exposure to the criminal justice system. We recognize that you are going through a very difficult time. We are also understanding of the pressures you face, since your family is likely in a state of disbelief and shock. For these reasons, every effort is made on our part to reduce your nervousness and distress. This does not mean that we are going to “tell you what you want to hear.” Rather, it means:

Your Lack of Criminal Intent to Commit the Crime

A criminal conviction requires proof of “criminal intent,” or what is known in the law as “mens rea.” It is insufficient that an individual inadvertently or negligently acted in a certain manner. To be guilty of a criminal offense requires proof beyond a reasonable doubt that you “intended” to violate the law.

Entrapment takes place when a law enforcement officer induces you to commit a crime that you are not otherwise predisposed to commit. Keep in mind, that it is not typically the inducement by the police that draws scrutiny. Rather, it is your “predisposition” that becomes the issue. In this regard, we will need to carefully examine evidence, including, but not limited to:

If the Pinellas County State Attorney’s Office charges you with “Traveling to Meet a Minor” as well as “Solicitation of a Child,” it may be possible to have one of the charges dismissed on double jeopardy grounds. The constitutional protection against being punished twice for the same conduct bars the prosecutor from proceeding on both a solicitation charge and a traveling charge, if the communication and the traveling occurred within a relatively short period of time. We can file a “Motion to Dismiss” based on the recent case of Hartley v. State, 4D12-2486 (Fla. 4th DCA January 8, 2014). Such a motion could substantially reduce your exposure to penalties under the Florida Criminal Punishment Code.

The lack of forensic computer evidence can sometimes present a barrier to a successful prosecution. It is our job to examine the lawfulness of the seizure of any computer or electronic mobile device. We may also decide to implement a strategy in your case to challenge the admissibility of evidence that is in the form of electronic data.

The increasing use of mobile devices can complicate law enforcement’s gathering, preservation and interpretation of this evidence. File systems in mobile devices can contain volatile memory or data that is subject to loss upon power failure. The diverse variety of operating systems and quick product cycle changes can also make it difficult for law enforcement to keep up with newly developed technologies. Finally, the State may have great difficulty in establishing that the accused actually sent the messages that the State claim violate the law. This argument can be particularly persuasive if the messages were sent from a public computer (such as in a library, university, or internet cafe), a computer connected to an unsecured wifi network, or a computer that was located in the common area of a home.

As almost anyone familiar with the internet will tell you, outward appearances cannot be trusted. For as long as online communication has allowed faceless anonymity, people have pretended to be something that they are not. For this reason, the internet has a long and well-known history as being an outlet for harmless fantasy cybersex. Thus, role-playing an imaginary under-age encounter between consenting adults is not an illegal act. There are several factors that may establish that an individual accused of Traveling to Meet a Minor or Internet Seduction of a Child was merely role-playing and had no unhealthy or improper motives. For example, engaging in discussion in an “adults only” or “moderated” chat-room, having an online conversation where the dialogue takes on a decidedly mature tone and sophisticated vocabulary, or an expression by one participant or the other that they are fantasizing or seeking to role-play.

There is a distinct culture on the Internet in which people transform themselves into a “fantasy character” for imaginative fun. There is also an important distinction between someone whom a prosecutor is seeking to certify as a “sexual predator” versus someone who merely harbors a fetish. Role playing and fetishes do not equate to violations of the criminal law.

There are sometimes mental health issues impacting our client’s ability to fully understand their actions. If we believe a mental health disorder played a factor in your case, it could be prudent for us to secure a psychological evaluation from a well regarded expert in the field.

“Pedophilia” is a psychiatric personality disorder where an individual possesses a primary or exclusive sexual attraction to minor children. The method of distinguishing “true pedophiles” from non-pedophillic offenders is recognized as a valid and accepted diagnostic procedure in the medical community. It is important to note that the evaluator’s criteria does not require proof that actual sexual activity with a minor took place. A positive diagnosis can thus be established based solely on urges or fantasies.

Certainly, the criminal justice system would be concerned about the probability of recidivism if an individual was diagnosed with this disorder. On the other hand, the lawyers in our office will sometimes order a confidential psychological examination of our client. If this evaluation demonstrates that our client is not sexually attracted to minors, the medical report could be persuasive in convincing the Pinellas County State Attorney’s Office not to pursue a prosecution. In the alternative, such evidence could also be used in an effort to mitigate the charges, so as to achieve the best possible outcome.

Florida Penalties for Traveling to Meet a Minor

The Judge in your case may have the discretion to make a “Downward Departure” from the sentencing guidelines and impose a non-state prison sentence. The following examples each represent a lawful basis under Florida law for the judge to side step the prison requirement:

You need to timely consult with a local St. Petersburg / Clearwater attorney who is experienced with the unique nature of these criminal offenses. The facts of every case are unique. However, sometimes an early intervention on our part can impact the State Attorney’s decision on whether to file formal charges, or perhaps to consider filing a lesser offense.

The lawyers in our office are former state prosecutors who limit their practice to only the Pinellas County Criminal Court System. At your initial consultation, we can discuss which options and strategies may be in your best interest. We can also assist you in securing a psychological examination if we believe such to be appropriate and beneficial to your case. A coordinated and well crafted strategy may later prove instrumental in achieving the best possible final outcome.